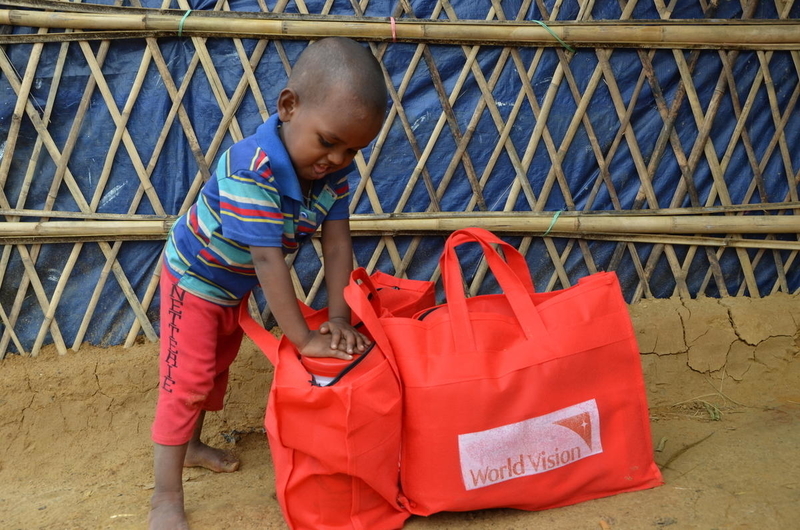 Update: As of August 22, the White House will not move forward with a proposal to cut foreign aid through a rescission package. Thanks to all who lifted their voices to change hearts and minds!

On Saturday, August 3, the Office of Management and Budget (OMB) sent a letter to the U.S. State Department (the department responsible for U.S. foreign policy and international relations) and the U.S. Agency for International Development (USAID) informing them that the administration had temporarily frozen several foreign aid funds pending a review of those funds. The OMB is responsible for helping the president meet his policy, budget, and regulatory objectives.

Those funds were unfrozen post-review, but now it appears the funds are in greater danger. Advocates fear a rescission package, which would permanently pull funding from programs that Congress had already approved for 2018 and 2019. If that happens, organizations who already planned to use these funds (in the form of grants) for life-saving development work would be left to handle the fallout.

Here’s a quick overview of the situation:

Here’s the problem: The fiscal year ends on September 30, after which Congress’ budget authority would lapse. Since Congress is out of session until September 9, submitting a rescission proposal now would likely mean that the rescinded funds would be cancelled before Congress has a chance to reject or respond to the proposal. Congress has rejected proposed cuts to the U.S. foreign aid budget two years in a row, but this tactic would undermine that work in one last-minute swoop.

And it’s not the first time the White House has tried the last-minute swoop to cancel these funds.

Last year (also in August), the OMB planned to announce a rescission package specifically focused on cutting development and diplomacy funding for fiscal year 2018. But the possible 2018 rescission package was met with strong bipartisan pushback, including over 1,400 emails from World Vision advocates! These actions resulted in the the Administration changing their mind and never submitting the rescission to Congress, protecting life-saving foreign aid.

Now the administration is utilizing the same tactics, and advocates need to act quickly to stop the rescission package before it’s sent to Congress.

If the money set to provide life-saving programs as grants is rescinded now, those programs will not begin. Organizations like World Vision who applied for the funds, planned new programs, and talked to local community leaders, will have done all that work in vain.

The U.S. foreign aid budget is used to improve global health, build strong economies, and make the world safer for everyone — it shouldn’t be pulled back and forth like a tug-of-war rope. When we make a promise to invest in our neighbors and promote diplomacy, democracy, and dignity around the world, we should stand by that promise.

And the funds are doing worthwhile work. Because of the investment of U.S. foreign assistance, since 2012:

As people of faith, we know we are called to care for those in need. The Old and New Testaments are filled with God’s call to have compassion on others and to seek justice — to use the power we have to speak up for others and be generous.

We’re asking you to speak out with us as we call on the administration to make good on the U.S.’s commitments, to respect the budget process the House and Senate have already completed, and to not pull the rug out from under life-saving programs that have long-lasting benefits for those in need and for the United States.

Is not this the kind of fasting I have chosen: to loose the chains of injustice and untie the cords of the yoke, to set the oppressed free and break every yoke? Is it not to share your food with the hungry and to provide the poor wanderer with shelter — when you see the naked, to clothe them, and not to turn away from your own flesh and blood?

Our mighty God has given us a voice. Send an email below to tell your members of Congress that these cuts don’t make sense financially or morally. Ask them to push the Administration to retreat from introducing the rescission package.

Last year, our voices were heard, and the rescission package was cancelled. We can do it again! Stand up for the programs that will save lives and empower communities around the world.

Update: The White House canceled the rescission package on August 3, 2019. Thanks for advocating!

Inspired to take action for kids around the world? Join the World Vision Online Advocate Network and we’ll email you each week with easy actions you can take to advocate for justice for families around the world!