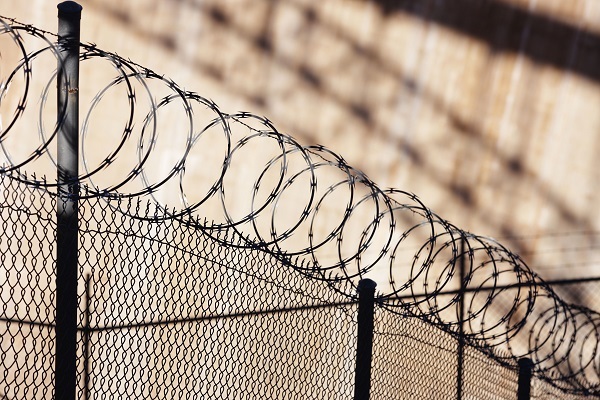 Update: As of the afternoon of June 27, the House of Representatives passed a bipartisan bill approving $4.6 billion to care for migrant refugees detained at the U.S.-Mexico border. The bill was already passed in the Senate, and President Trump is expected to sign the bill into law. World Vision is grateful to advocates who spoke out on this issue.

There’s a crisis at our border. Children are suffering, and it’s time to act.

The situation at the U.S. border with Mexico has again been at the forefront of the news after recent reports of some children and infants being housed in unsanitary conditions. For many Americans, regardless of political affiliation, the suffering of children brings a new sense of urgency to the humanitarian crisis at our southern border. And it’s clear that the agencies struggling to provide adequate facilities for the overwhelming flow of migrants — more than 132,000 migrants were apprehended in May alone — have reached a breaking point.

On June 21, Associated Press News (AP News) published a sobering report on the conditions of some migrant children being held at a facility in Clint, Texas, near El Paso. A team of attorneys interviewed more than 60 of the more than 300+ children being held there. The attorneys were inspecting the facilities to ensure compliance with the Flores settlement, a legal agreement reached in 1997 that sets forth legal standards for how migrant children and families must be treated while detained in the U.S.

The Flores settlement states clearly that minors must be given access to sanitation, food, adequate supervision, and adequate temperature control.

The team found the Clint facility far from adequate. A 2-year-old boy had wet his pants and the young girls taking care of him, minors themselves, didn’t have diapers available to change him. Children fell asleep in chairs during interviews due to extreme fatigue, and some had gone weeks without being able to bathe or get a clean change of clothes.

As of June 25, some of the children at the Clint facility have been moved, but according to AP News, they still face challenging conditions. Detention facilities, stretched too far, face overcrowding, unsanitary conditions, and insufficient supervision for children. Some facilities aren’t able to provide the very basics like sufficient blankets and toothbrushes.

Republican and Democrat lawmakers agree — conditions at the border are unacceptable.

How long has there been a migrant crisis?

News coverage around the overcrowded border facilities is nothing new. From October 2013 to June 2014 alone, more than 52,000 unaccompanied children tried to cross the Mexico-U.S. border and were detained — more than twice as many as the year before. About 60 percent of those children said they came because of violence in their home countries: El Salvador, Guatemala, Honduras, and Mexico.

Why are so many people leaving Central America? Learn about the root causes behind the current migration crisis.

How is the U.S. government responding?

Because of a shortage of resources, the federal government recently made the decision to cut key services for children at the border. The decision to cut recreation, education, and legal services will make it harder for children to adjust once they leave detainment, and being denied these services can cause long-term developmental harm. Without legal services, unaccompanied minors have no one to speak for their needs.

Learn more about how cutting services will affect children and what World Vision is doing to help.

“The death of a child is always a terrible thing, but here is a situation where, because there is not enough funding… they can’t move the people out of our custody.”

How can we help children at the border?

As Christians, we know that God cares deeply for all children. He sent his Son to die for them. God hears their cries, and he hears our prayers (1 John 5:14).

We can pray that:

“World Vision believes that all children are made in the image of God and are deserving of dignity, respect and compassion.  Children seeking refuge from violence and poverty, now separated from their families in U.S. government facilities, are among the most vulnerable. I urge Congress and the Administration to act immediately to ensure the well-being of these vulnerable children. It is our moral and legal obligation to protect and care for them, and our policy and practice must reflect that reality.”