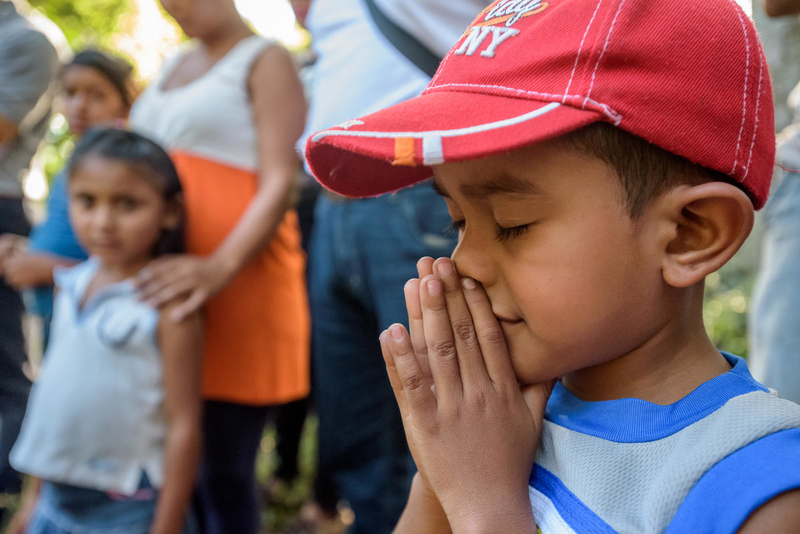 After months of uncertainty regarding the future of U.S. foreign assistance to the Central American countries of Guatemala, Honduras, and El Salvador, the U.S. State Department announced that it will make substantial cuts in funding to these countries and will not approve new assistance projects. However, it will allow over $400 million in previously approved projects to continue. This comes after the President announced in late March that no U.S. funding would be going to these countries.

Central America continues to deal with major societal issues like poverty, violence, and lack of opportunity — major drivers of migration to the United States. World Vision is disappointed with the Administration’s decision as these cuts directly affect programs that are focused on addressing the root causes of migration. This will only serve to put continued strain on an immigration system that is already at its breaking point.

The vast majority of U.S. foreign aid does not go to foreign governments. It’s given to implementing partners like World Vision who have the expertise to efficiently use this money to provide education, economic training, opportunities, and other resources to build up communities in a sustainable way that leads to lasting change and less migration as a result.

But the Administration’s decision abandons the investment already made by the U.S. government to help these countries address these societal issues. Improvements have been made as evidenced by dropping homicide rates, improved wages, and lower unemployment rates. Cutting aid now is stunting the growth already achieved.

What’s the current status of the funding?

The State Department’s announcement stated that following their review of roughly $615 million in foreign assistance from the FY17 budget that was scheduled to be spent on projects in these three countries, $432 million will still be spent on projects that were already approved. The remainder of that money will be held for further consultation with Congress. In addition, $370 million in foreign assistance funding from the FY18 budget will be redirected to other projects outside of these three countries, and the Administration will not approve new projects until they see improvement in limiting migration.

How does this decision affect World Vision specifically? The short answer is that this remains to be seen. Our U.S. government-funded projects in these three countries are still waiting for details from the local U.S. Agency for International Development (USAID) missions on the ground about how these changes will affect short and long-term programming. World Vision is in touch with USAID on possible outcomes for existing projects moving forward.

In short, some of World Vision’s programs in these countries may be cut — we don’t know yet.

How are World Vision advocates responding to cuts to Central America?

In response to the initial announcement in March, advocates went to work to influence the decision in favor of allowing as much foreign assistance funding as possible to continue to be spent on addressing the root causes of migration in these three countries. While World Vision Advocacy staff and our volunteers engaged with Congress and the Administration, congressional leaders also pushed back on this decision. Congress wrote letters to the Administration, included provisions in appropriations bills to restore the funding, and introduced new legislation to protect future foreign assistance in the region.

Although it is difficult to quantify the impact of these actions, the State Department’s decision does allow some funding to continue, a departure from the rhetoric from the White House in March that all funding would be eliminated or reprogrammed elsewhere. It is due, in part, to the actions of our advocates and allies on this issue that any foreign assistance is continuing to go to Central America. World Vision is grateful to our advocates for mobilizing so quickly and passionately on this issue.

However, we cannot be satisfied with a decision that abandons any vulnerable children who are subject to violence, poverty, and lack of opportunity in their home countries. There is still much work to be done, and there are opportunities to protect future funding to Central America to address the root causes of migration and aid vulnerable children and their families.

House Resolution 2615, known as the United States-Northern Triangle Enhanced Engagement Act, is one legislative approach to addressing this situation that has received bipartisan support and passed by voice vote out of the House Foreign Affairs Committee in May. In short, this bill would provide foreign assistance funding for Fiscal Year 2020 to the region while barring the administration from redirecting those funds elsewhere.

In addition, in the House of Representatives State and Foreign Operations appropriations bill, language was included that would retroactively restore this funding for the years that the Administration sought to redirect.

This issue is not over, and we urge you to contact your representatives in Washington and encourage them to support House Resolution 2615 and other legislative measures that will protect the most vulnerable children among us and address the root causes of migration in Central America.