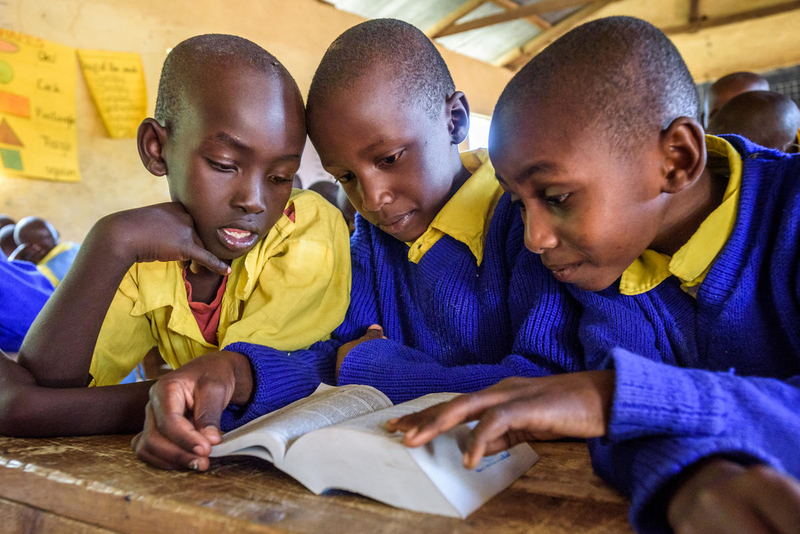 God’s call to advocacy — to plead another’s cause — is spread across the pages of the Bible, and we see powerful stories of Biblical characters who put that call into action. In both the Old and New Testaments, God calls on advocates to speak boldly, whether or not they believe they’re qualified. Each of the six advocates below combines their faith in God with a unique advocacy strategy, and God uses them all powerfully to bring about justice.

Here are 6 examples of advocates in the Bible and their strategies:

When Esther’s story begins, she and her people are living as exiles in Persia. She’s just a regular Jewish girl being raised by her uncle Mordecai when she is brought to the palace because of her beauty. It seems that King Xerxes needs a new queen after he angrily banished the last one. He chooses Esther to be queen, and suddenly she’s living a completely new life in which one knows her background.

The plot thickens quickly for Esther — one of the king’s royal officials, Haman, hatches a plot to have all the Jews killed. Mordecai finds out about the plot and asks Esther to petition the king to stop it.

But she’s afraid — no one is allowed to approach the king without a summons or they’ll be put to death. If the king extends his scepter, the petitioner can live, but there’s no guarantee. Even as the queen, speaking out would put Esther’s life in danger.

But Mordecai challenges her:

“For if you remain silent at this time, relief and deliverance for the Jews will arise from another place, but you and your father’s family will perish. And who knows but that you have come to your royal position for such a time as this?”

So Esther has her people fast and pray, and then she risks her life by approaching the king. The king extends the scepter to Esther and promises to grant her request, but Esther has a strategy. She doesn’t ask right away. First, she invites the king to a banquet — and then to a second banquet. Finally, she makes her request: that the king spare her people’s lives.

The king grants her request and Haman, who wanted the Jews destroyed in the first place, is killed.

Esther’s advocacy saved the lives of her people. She used prayer and fasting, relationship building, and even food as her strategy to inspire the king toward compassion.

Moses has a lot to teach us about how God can use us even when we don’t think we’re qualified. Like Esther, Moses has a unique position: He was one of the Hebrews, (who were slaves to the Egyptians) but he’d been raised in Pharaoh’s palace. He’s living in the desert when God calls him to go to Pharaoh and tell him to let the Hebrews go.

Moses offers a slew of excuses why he shouldn’t go (Exodus 3 and 4), which God patiently answers until Moses finally exclaims, “ Pardon your servant, Lord. Please send someone else” (Exodus 4:13). His plea is simultaneously pitiful and relatable — as much as we want to see people set free, we often hope God sends someone else.

Moses finally agrees to do what God asks, but then Pharaoh refuses to let the Hebrews go free, over and over again. It takes ten plagues — plagues that destroy the health and wealth of Egypt — before Pharaoh grants Moses’ request.

It wasn’t up to Moses to change Pharaoh’s heart. God took care of that. After reconciling himself to the assignment (sometimes it takes us awhile!), Moses was faithful in answering God’s call to speak up for the Hebrews, no matter how long it took. Moses’ strategy was to do as God asked and leave the final result to God.

Nehemiah had an audacious advocacy ask: He wanted to leave his job as cupbearer to the king and rebuild the city of his people, who were living in exile. At the start of his story, Nehemiah hears news that those still living in the land of Judah are in great distress: The wall of Jerusalem is broken, and the city lies in ruins.

His heart is broken, and he asks God for an opportunity to help. He first advocates directly to God when he confesses that his people have indeed sinned, but then he reminds God of everything God has already done for them. Finally, he asks God to give him favor with the king.

When Nehemiah’s opportunity comes, he tells the king what’s happened in Jerusalem, why it matters to him, and what the king can do to help. (Clear, direct, and actionable!) The king grants Nehemiah’s request to rebuild Jerusalem’s wall and gives him the supplies and permissions he needs to get the job done.

Because of Nehemiah’s advocacy, the walls of Jerusalem are rebuilt, exiles return to a secured city, and the people recommit to God’s law.

All this started with Nehemiah’s heart being broken. His strategy was to ask God for an opportunity to help put things right, and God granted his request. Nehemiah’s prayer and request were bold. God blessed that boldness and used Nehemiah as a witness to the surrounding nations.

At just 25 verses, the book of Philemon is one of the shortest books of the Bible. But it’s a powerful example of Paul using every strategy he can to encourage Philemon to accept Onesimus, a runaway slave, back into his home.

We aren’t told why Onesimus ran away or how exactly Paul knows him. We do learn that Onesimus became a Christian while Paul was in prison and the two have become close friends. Now, Paul is sending Onesimus back to Philemon so they can be reconciled.

He writes to Philemon, “I am sending him — who is my very heart — back to you. I would have liked to keep him with me so that he could take your place in helping me while I am in chains for the gospel. But I did not want to do anything without your consent, so that any favor you do would not seem forced but would be voluntary. Perhaps the reason he was separated from you for a little while was that you might have him back forever — no longer as a slave, but better than a slave, as a dear brother. …” (Philemon 12-16).

Paul is strategic. He knows he has authority in the situation, but instead he says, “yet I prefer to appeal to you on the basis of love” (Philemon 9). He extols Philemon to welcome Onesimus as he would welcome Paul himself.

Paul appeals to Philemon’s faith to convince him to do the right thing. This is a beautiful example of someone using their influence to speak on behalf of someone else.

Sometimes the call to speak truth means speaking harsh truth, and we see that in 2 Samuel. Here we see David, God’s chosen king, sin by having relations with another man’s wife, Bathsheba. She becomes pregnant, and David tries to cover up his sin. But his first cover-up doesn’t work, and he gets more drastic.

David tells the leader of his army to make sure Uriah, Bathsheba’s husband, is killed in battle; “Put Uriah out in front where the fighting is fiercest. Then withdraw from him so he will be struck down and die ” (2 Samuel 11:15).

But God has something to say about David’s abuse of power. He sends the prophet Nathan to call David out, which Nathan does through a parable designed to show David how heinous his crime was. At the end of the parable, David cries out, “As surely as the Lord lives, the man who did this must die!” (2 Samuel 12:5). Then Nathan turns the tables and tells David that he himself is like the selfish man in the story and that his sin has not gone unnoticed by God.

Nathan uses a story to illustrate the seriousness of David’s sin, and it’s effective in calling David to repentance. There are still repercussions from his sin, but because Nathan spoke the truth, David repented and avoided bringing further punishment on Israel.

Jesus told the parable of the persistent widow to teach his disciples that they should always pray and never give up (Luke 18:1). The widow in the story, as a woman without a husband, has little power, but she is desperate for justice. But the judge that she needs justice from “neither feared God nor cared what people thought” (Luke 18:2). We don’t know why the widow needs justice, but it’s clear she has her work cut out for her.

But she has her strategy nailed down: persistence! We don’t see great drama or miracles in this story — we see a woman who just won’t give up. The judge finally says, “Even though I don’t fear God or care about men, yet because this widow keeps bothering me, I will see that she gets justice, so that she won’t eventually come and attack me!” (Luke 18:4-5).

This story shows someone with little power in the world’s eyes refusing to give up on justice. At the end of the story, Jesus reminds the disciples that if an unjust judge can grant justice because of persistence, how much more will God? (Luke 18:7).

We are all called to work for justice (Micah 6:8) but God uses each of our unique positions and gifts to be effective in diverse situations. Whether we’re called to speak truth to power, stand up for the weak, or ask someone to do the right thing, God is with us when we cry out for justice.

“And will not God bring about justice for his chosen ones, who cry out to him day and night? Will he keep putting them off?”

Next: 30 Bible verses for advocates

Fill out the form below and we’ll keep you updated about simple actions you can take to amplify the voices of people in poverty.