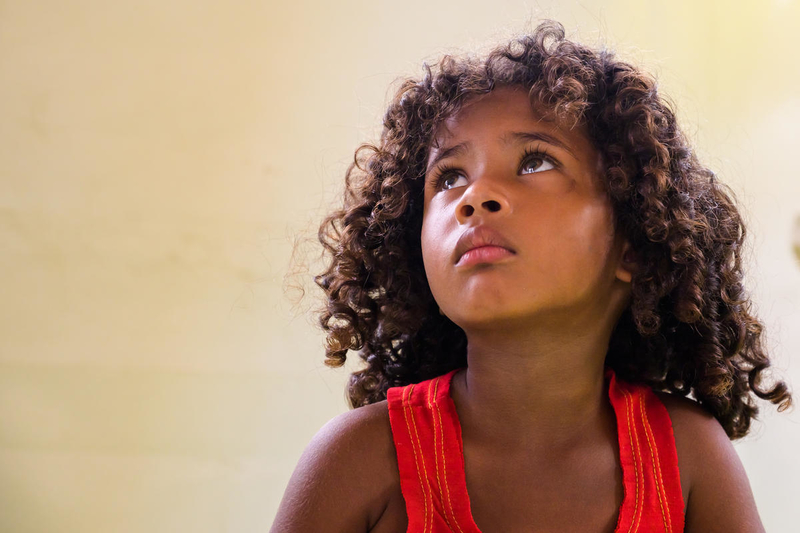 “For the entire law is fulfilled in keeping this one command: ‘Love your neighbor as yourself.’” — Galatians 5:14 (NIV)

By the end of 2018, 70.8 million people had been forced to leave home because of persecution, conflict, violence, or human rights violations, according to the UN Refugee Agency. That’s a record high for the world. As Christians, we’re called to love our neighbors, share with those in need, and be faithful in prayer (Romans 12:12-13). But how can we pray for refugees who live continents away from us?

Our God is mighty, and He hears our prayers for people around the world. Join with us as we pray for refugees and the internally displaced from seven countries where World Vision is responding to the largest refugee crises in the world.

Pray for the Democratic Republic of Congo

Venezuela was once the richest country in Latin America, but declining oil revenue and political turmoil have caused the economy to collapse. Hyperinflation, food and medicine shortages, and violence are rampant, and diseases like cholera and malaria — once eradicated in Venezuela — have returned. About 3.4 million people have left the country seeking a better life, the largest migration in Latin America in recent years. (Learn more about World Vision’s response to the crisis in Venezuela.)

Pray for refugees from Venezuela:

Heavenly Father, give us compassion for the people who’ve fled Venezuela and for those still struggling within its borders. Send wisdom, perseverance, and humility to its leaders so they can guide the country back to stability and peace. Protect Venezuela’s children from disease, and may medical care and nutrition find its way to every family and child in need. Lord, thank you for the neighboring countries who have shown hospitality. Give those countries the support and compassion they need to continue to help even as their borders are overwhelmed. Move the hearts of world leaders to support Venezuela and to partner with the relief organizations already working in Venezuela and in neighboring countries. Amen.

Rohingya and other refugees in Bangladesh:

The Rohingya are a minority ethnic group who have been fleeing violence in Myanmar since the early 1990s. In August 2017, violence escalated significantly, and more than 700,000 of the over 900,000 refugees in Bangladesh arrived during or after August 2017. More than half of the refugees are children, and more than 40 percent are under age 12.

Relief organizations are struggling to serve both the refugees and overtaxed local communities with food, healthcare, and shelter. (For more on how this crisis is affecting children, read the story of Salima and Jannatul.)

“Could your country pray that we would have peace in Myanmar?” — Salima, Rohingya refugee

Pray for Rohingya and other refugees in Bangladesh:

Lord, we ask for a safe, voluntary option for refugees to return to their homes in Myanmar. We ask that the rights of those returning home would be respected.

We also pray for the aid agencies who are overwhelmed in Bangladesh and are struggling to provide for refugees who have little or nothing. Give those agencies, including World Vision, wisdom in how to manage supplies, staff, and finances. May those in Bangladesh’s refugee camps feel loved because of their efforts. Reach out your hand to protect every man, woman, and child in the Bangladeshi refugee camps from disease, extreme weather, and hopelessness. Amen.

More than 5.6 million people have fled Syria since 2011 to seek refuge in Jordan, Lebanon, Turkey, and other countries. The war-torn country is the source of the largest number of refugees in the world; about 11 million people have had to leave their homes, and hundreds of thousands of people have lost their lives, including up to 19,000 children by some estimates. In a recent escalation of violence in northwest Syria, nearly 30 hospitals came under attack, some life-saving services had to be suspended, and an additional 125,000 children were displaced. Violence and fragility in the nation make children especially vulnerable to child labor, early marriage, and missing out on their education. (Read more about World Vision’s work in Syria.)

“Children bear no responsibility for this war, yet they suffer its carnage and consequences more than anyone.” — UNICEF Executive Director Henrietta Fore

Pray for refugees and the displaced in Syria:

Dear Lord, our hearts break for Syrian refugees, for those in Syria who are displaced, and for those in the country living under the constant threat of violence. We ask that you give the country’s leaders the wisdom and compassion to come to a peaceful solution, so civilians can return home safely.

Lord, for the families and individuals who have left Syria, we ask that you comfort them as they grieve for their homeland. Help them to find new hope and new opportunities. We ask for continued and deepened compassion from host communities — multiply resources so that everyone has enough to stay warm, fed, and safe. May your love, and the compassion of your people, be a world-changing force in Syria. Amen.

Though South Sudan reached six years of independence in July 2016, the country still struggles with instability and conflict, and violence has prevented aid agencies from accessing all vulnerable people with needed assistance. Approximately 2.3 million people have had to leave the country and 1.8 million are internally displaced.  About 80 percent of refugees are women and children, and around 50,000 of the children are orphaned or unaccompanied. (Read more about World Vision’s work in South Sudan.)

Pray for peace in South Sudan:

Dear Jesus, we offer our prayers on behalf of those suffering in South Sudan. We ask that you protect the children there; may they be treated compassionately and celebrated as a gift from you even in a time of conflict. May aid agencies be given protection and respect so that they can bring relief to children and families in every corner of the country. We pray that you would shield civilians from violence and that you would move the hearts of those fighting toward peace. Lord, pour your love like a healing balm on the deep brokenness that causes conflict, and choose leaders on all sides to be advocates for peace. Amen.

There has been conflict-related displacement in Afghanistan since the late 1970s, and continued conflict in recent years has increased instability. Natural hazards including drought, earthquakes, and floods have exacerbated the challenges caused by violence, poverty, and lack of opportunity. A lack of basic services in the country makes it even harder to recover from these challenges. About 2.5 million people are living as refugees from Afghanistan, the second-largest refugee population in the world. (Learn more about World Vision’s work in Afghanistan.)

Our prayer for the people of Afghanistan:

Lord God, thank you for the people of Afghanistan. We thank you for their strength, and we thank you for those who are advocates for peace even among so much conflict. We especially pray that you would protect girls and women and give them advocates in men and boys so they can have access to services and education. We pray for the health of Afghan children, especially those suffering from malnutrition. Lord, call and equip leaders from inside and outside the country’s borders who will help lead the country to peace, stability, and renewed joy. Amen.

Conflict in the Democratic Republic of Congo (DRC)

An estimated 4.5 million people are displaced in the DRC, and hundreds of thousands have fled to neighboring countries. A long civil war ended in 2003, but fighting has continued and thousands of civilians are struggling to survive in the face of widespread human rights violations and sexual violence. Getting humanitarian aid to those is need is challenging, and violence prevented the containment of an Ebola outbreak in May of 2018 that the country is still struggling to contain. (Learn more about World Vision’s work in the DRC.)

Pray for refugees from the DRC:

Prince of Peace, we ask that you would be the great provider for those struggling in the DRC just to have enough to eat. Bless and multiply World Vision’s work there and grant us favor with those involved in the conflict so we can reach those in need. We ask that your love would shine through to the people so that even those who know only violence will turn their hearts toward peace. We ask for protection for those fleeing to neighboring countries, especially for vulnerable women and children. We ask that host countries would have deep compassion and that the global community would be faithful in sending aid to those working to rebuild their lives. Protect the DRC from disease so that the people can be healthy as they work toward creating a more peaceful nation. Amen.

Over two decades of armed conflict combined with drought and natural disasters have sent over 800,000 Somalis looking for refuge outside their home country. About 2.6 million people are displaced within the country. Water is scarce, particularly in rural areas, and the country is plagued by severe hunger. (Learn more about World Vision’s work in Somalia.)

Pray for refugees from Somalia:

Loving Father, we know your heart is broken for the hurting in Somalia. Armed conflict and drought have forced millions into terrible living conditions through no fault of their own. Jesus, you died for the people of Somalia, and we know that your desire is for them to experience life in all its fullness (John 10:10). Show us how we can help demonstrate your love to these people whether it be through giving, advocacy, prayer, or service. We ask that life-saving aid would reach every person in need. Lord, in this time of desperation, may your love and provision come through mightily for the people of Somalia both inside and outside the nation’s borders. Amen.

Thank you for joining us to pray for refugees. We thank God that He hears our prayers together with the prayers of those around the world.

Top photo: Venezuelan migrant Sofia, 5, loves to attend the World Vision Child-Friendly-Space in her El Talento neighborhood in Cucuta, Colombia. She and her family left Venezuela because of hunger. (© 2019 World Vision/photo by Jon Warren)