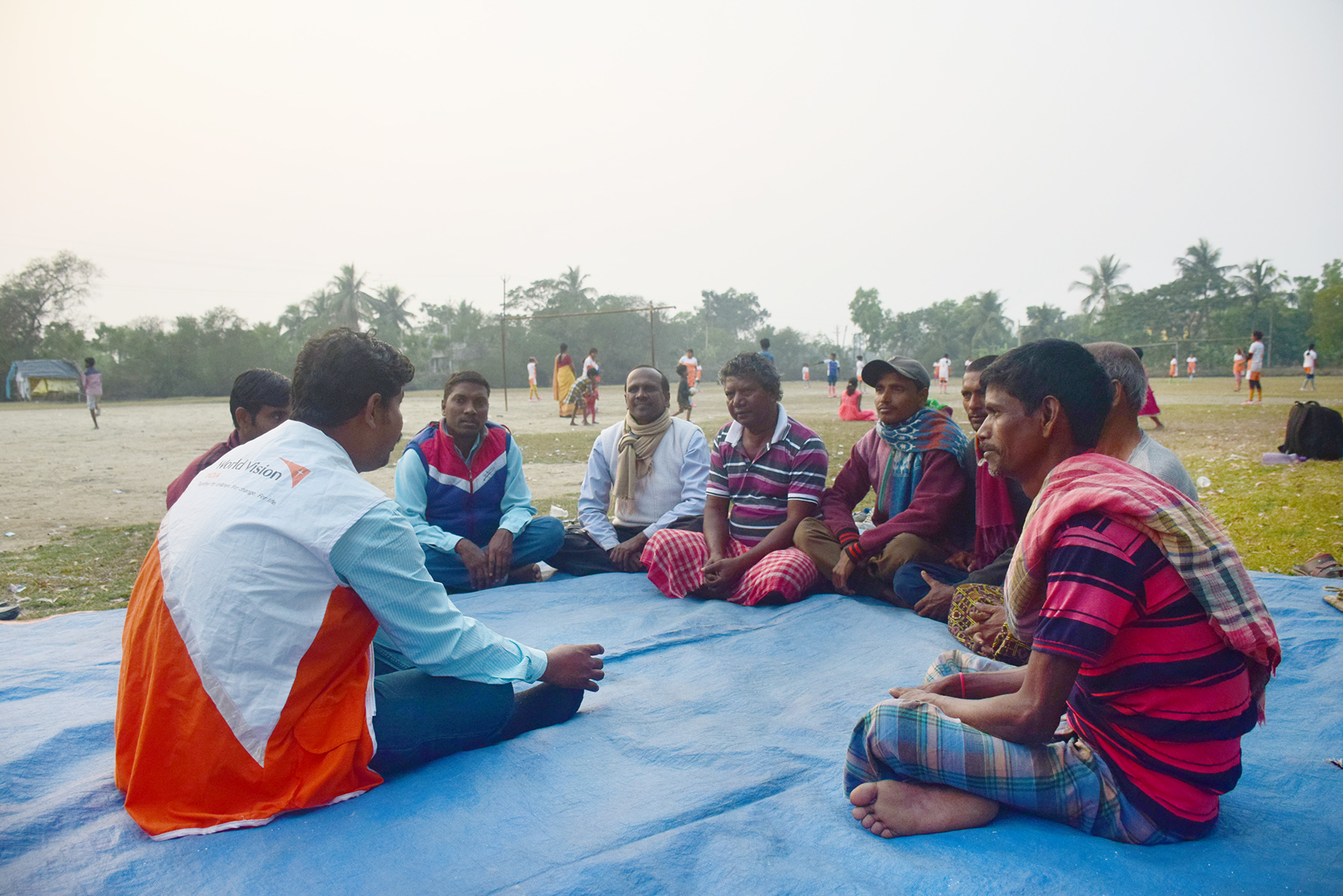 *all names in stories have been changed

The truth that women and girls are equally valuable as men and boys is just as life-changing for men as it is for women. Entire communities change when they embrace the truth that God created women and men with equal worth. This truth helps end practices that harm women and girls, such as child marriage and gender-based violence. It also empowers men—often in ways they didn’t expect.

Neighbors shame father because of his daughter’s love of sports

At first, Kanan was happy to learn that his daughter, Jaya, 15, was a talented athlete. She loved sports in general and she excelled in the high jump.

But Kanan and Jaya live in a rural village in the state of West Bengal, India, where people have strong ideas about what girls should be allowed to do. Sports were not on the list. People began to gossip about Jaya, saying hurtful things about her because she was athletic. Some of Kanan’s neighbors went so far as to tell him directly that he ought to stop his daughter from playing outside altogether. Finally, the pressure became too much. Kanan told Jaya she was no longer allowed to participate in sports.

Though he may not have said it directly, Kanan’s actions communicated that the approval of his neighbors was more important than letting his daughter pursue her talents. Messages like these, writ large across societies, have long-term implications for what girls believe about themselves and how much they’re willing to speak up for themselves in the future.

But Kanan himself was about to hear a new message. Around this time, he decided to join a World Vision Men Care Group (MCG). There, he joined with other men in his community to talk about and challenge their cultural beliefs through nine lessons. These lessons focus on:

As men go through the lessons, they see the benefits of being more actively involved in the lives of their wives and daughters, and they encourage other men to do the same.

Kanan learned that girls can succeed just like boys if given the same opportunities. At that point, he made the bold decision to ignore the voices of his neighbors and support Jaya in her pursuit of sports.

With the full support of her father, Jaya went on to win the district-level championship in high jump—twice. This was a huge achievement in her community, and it sent a strong message to those who thought she was better off staying at home. Jaya is also now part of a Girl Power Group in her community where she’s learning more about how to speak up for herself and others.

“If had listened to the community and stopped my daughter,” Kanan says, “today I would have shattered her dreams and prevented her achieving this huge victory that made all of us proud. It is only being part of the [Men Care Group] that helped me realize my mistake and helped me to take the right decision to support her and as a result my daughter was able to achieve her dream. … my family will be forever grateful for this.”

Harmful gender norms don’t only hurt women—they often put overwhelming pressure on men. This is true in India, where men often turn to alcohol to relieve the pressure they face trying to meet cultural standards of what a man should be.

That was the case with Kabir. He worked as a day laborer to support his wife and five children, but the bulk of his earnings went to alcohol and gambling. He became addicted to both. When his own wages weren’t enough, he’d sometimes borrow money so he could drink and gamble. Sometimes Kabir would skip work to gamble, meanwhile, his children didn’t always have enough to eat. His family plunged into debt, and there was no money for school fees. The stress and frustration at home often ended in domestic violence against his wife.

Life wasn’t going as planned for Kabir, so he decided to try an MCG. The group welcomed him and gave him a place to express his frustrations and struggles. During one of the meetings, the group talked about alcohol. MCGs calculate just how much money they spend on alcohol in a year and compare it to what else that money could do for their families if given the chance.

The message resonated deeply with Kabir. He thought about how his addiction had been affecting his children. With the support of the MCG, he made the bold decision to give up drinking and gambling.

From there, and with the support of the MCG, Kabir became a changed man, and his family is now thriving. Kabir now works two jobs to earn more for his family. His children are in school, and Kabir is actively interested in their education and talks with them about what they’re learning.

His relationship with his wife has transformed, too. “Now there is no domestic violence in the family,” Kabir’s wife, Nila, says. “He is going to work every day and we have almost paid the debts. The children are also very happy as their father is concerned about their future.”

Kabir put in the work to empower his family. Now that his children are in school, his daughters are less likely to face child marriage. When Kabir’s children grow up, they will better understand the value of husbands and wives working together. The changes Kabir made with the support of his MCG will extend into the next generations.

Wife planned to leave her violent husband, then he made a huge change

Varun, 35, is a proud member of his MCG. He never misses a meeting. What he learns there is too valuable. The group helped him make changes that saved his marriage.

Varun lost his job during the pandemic, and the resulting financial strain led to arguments between him and his wife, Ishani. They fought about their children, too. Ishani wanted to send their two children to school, but Varun was against it. Often, these arguments ended in domestic violence against Ishani.

Eventually, Ishani had had enough and wanted to leave. She thought that it would be better to die than to live with a husband like hers.

That was before Varun joined the MCG. There, Varun went through the lessons side by side with other men in his community. They learned about gender equality, the importance of husbands and wives making decisions together, and the legal punishments for domestic violence.

Varun’s mind and heart began to shift. After one meeting, he promised his family that he was going to change. He wanted to be a better husband and father.

Now, he protects and supports his family, including his wife. “If I had not learnt about all these things in our [MCG] group, I would have never realized my mistakes and would have ruined my family instead,” he says. “I thank WVI [World Vision] for bringing this change in me. I will always be grateful for this.”

Ishani is also grateful for the change. “The change that I see in my husband not only saved me from incessant violence but also my children. Now we are living happily together and there is no problem like before.” Varun has also now found work as a day laborer and his children are attending school.

Kanan chose to cheer on his daughter’s athletic dreams. Kabir chose to give up alcohol to invest in his children. Varun left a life of violence. In each case, the change was difficult, but well worth the cost.

When men choose to leave behind harmful gender norms and work side by side with women, they become powerful change agents. In India, as men in Men Care Groups become more supportive of their wives and daughters and even partner with Girl Power Groups, they are helping to push back against child marriage, promote education for girls, and create greater peace at home. Their actions to better support women and girls are creating stronger communities for everyone.

We are grateful to every man and woman working to promote the value of girls and women, and especially for Kanan, Kabir, and Varun for sharing their stories of transformation.

Looking for ways to put your faith in action? Sign up to learn about easy actions you can take to advocate for the health and well-being of children around the world!

Top photo: Men Care groups have been formed in 90 villages to address gender discriminatory practices in their families, work to un-learn these norms and support the women in their lives, and prevent child protection issues that arise in their communities. (©2020 World Vision/Neola D’Souza)