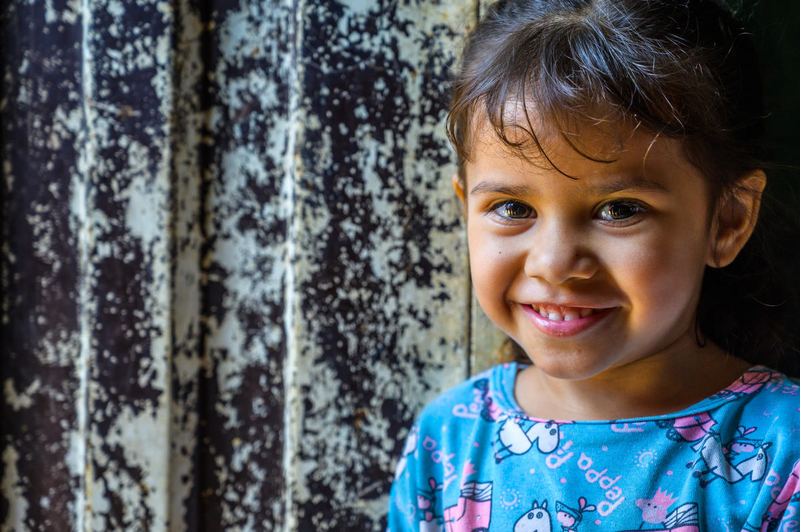 On July 12, World Vision released a report on ending violence against children globally as part of the It Takes A World To End Violence Against Children campaign. World Vision is calling on all governments to make the world safer for children, and this report can help them take strategic steps to do so.

God calls us to lift the voices of the vulnerable, and by equipping world leaders with the information they need to make positive changes, we can move closer to a world where children can experience life in all its fullness (John 10:10).

Below is a summary of the report, Small Cracks, Big Gaps: How governments allow violence against children to persist. The report gives us a clearer picture of where the world is making progress and where we need to work harder to get back on track to meet global goals and keep children safe.

Thirty years ago, the global community adopted the United Nations Conventions on the Rights of the Child. And in 2015, the world decided to make a bold commitment — to end all forms of extreme poverty by 2030. United Nations Member States adopted the Sustainable Development Goals, which include a specific target to “End abuse, exploitation, trafficking and all forms of violence against and torture of children.”

But it’s not all good news. Despite these commitments, and the considerable progress the world has made, the data shows that violence against children is not diminishing fast enough — at the current pace, we will not meet global targets.

Why ending violence against children matters

Children make up almost a third of the global population, and about 1.7 billion kids experience some type of violence every year. This keeps children from living life in all its fullness (John 10:10) and fails answer Jesus’ call to welcome little children (Mark 9:37).

But the repercussions are more than spiritual. Not preventing or effectively responding to violence has life-long impacts on a child’s health and their attitudes toward family and relationships. Without intervention, the cycle of violence continues into the next generation.

When children live in fear, the entire community suffers. But when children are safe, communities and economies can grow and thrive.

What are some barriers to ending violence?

World Vision International reviewed legislation and policies relating to violence against children in 20 countries* to identify gaps and barriers to moving toward a permanent end to this violence. The report found that:

Of the countries studied, none were on track for transparency regarding funding and data. Countries had slow progress in prevention, reporting, and accountability. Progress was stronger around responding, forbidding, being accountable, and challenging perceptions.

Seven gaps in government policy to end violence against children

The report on ending violence against children identified seven gaps that allow violence continue despite commitments to eradication:

The report made seven recommendations for governments looking to effectively end violence against children.

The Small Cracks, Big Gaps report on ending violence against children shows that laws still need improvement, budget planning and data management are underutilized, and there is an overreliance on international organizations and donor governments for funding and implementation.

For permanent change, national governments must make ambitious commitments to end violence against children. We urge the international community to make ending violence a priority — in both word and deed.

World Vision believes that a world without violence against children is possible. God cares deeply about kids, and he calls us again and again to look after the vulnerable. With his help, we will continue to courageously pursue a world where every child is loved and valued as a child of God.

We are asking Congress to introduce the Strengthening Efforts to End Violence Against Children Act, which World Vision helped write. It will elevate the needs of the children most at risk of violence and promote better research and data-gathering so violence can be tracked and ultimately prevented. Use the form below to ask Congress to introduce this act today!

*Countries reviewed in report on ending violence against children: Angola, Armenia, Bangladesh, Bosnia and Herzegovina, Cambodia, The Democratic Republic of the Congo, El Salvador, Eswatini, Ethopia, Guatemala, Indonesia, Mexico, Mozambique, Peru, The Philippines, Romania, Sierra Leone, South Africa, Sri Lanka, and Zambia. World Vision is working in some capacity in all 20 countries. This allowed direct consultation with government and local authorities. The selection of countries reviewed reflects varied levels of prevalence of violence against children and varied levels of commitment to its eradication.