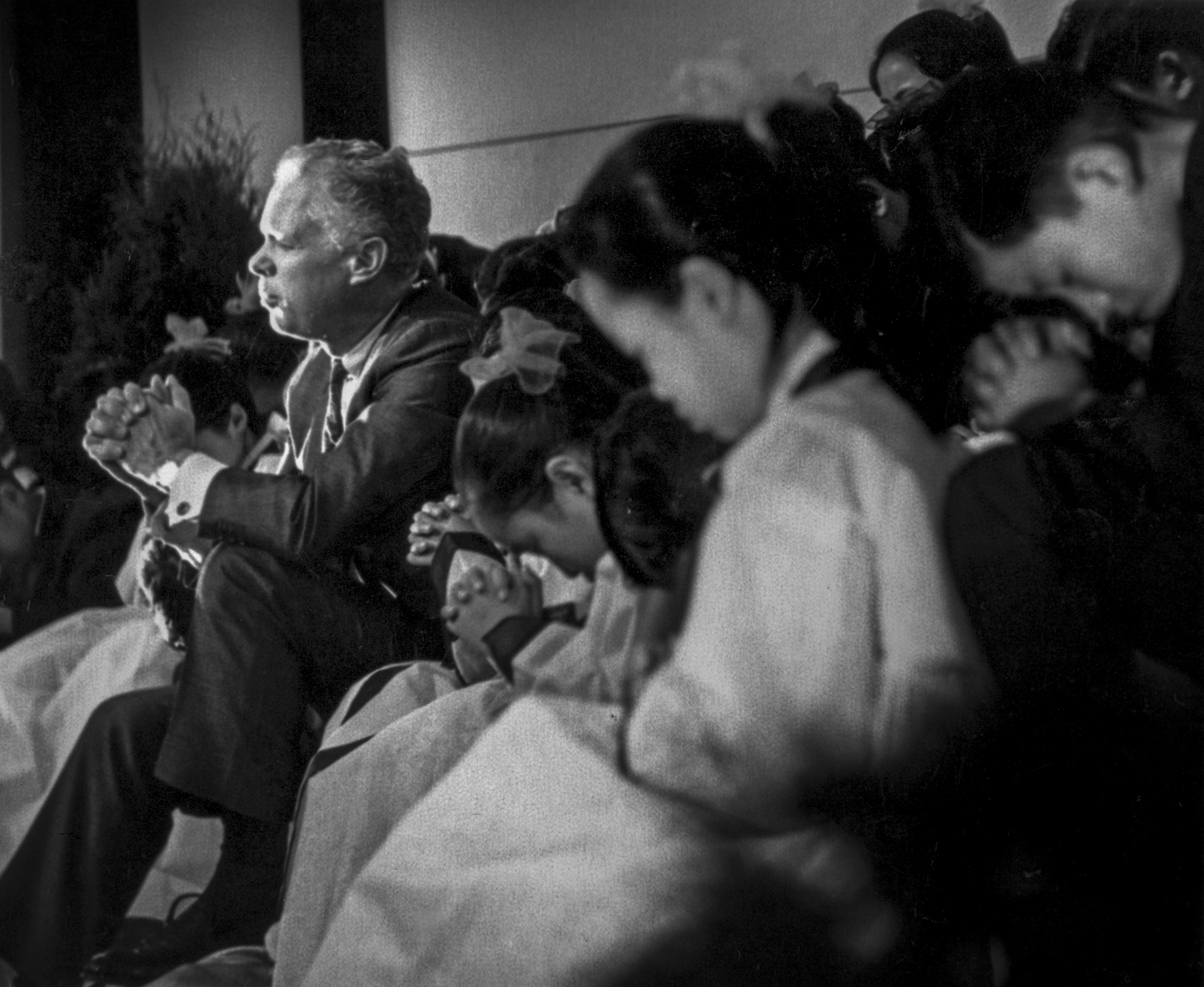 Half of the world’s children are affected by violence. Prayer is the strongest tool we have to protect children, followed by our voice — an expression of our will to not let any child be forgotten. In 1950, World Vision founder Bob Pierce joined pastors on the Korean peninsula. Together they prayed during the volatile weeks leading up to the Korean War. Dr. Han Kyung Chik, founder of Young Nak Presbyterian Church in Seoul, Korea, was a courageous pastor who became a lifelong friend, mentor, and colleague of Bob Pierce. As the war began he cared for refugees, fought persecution, attended to the vulnerable, and above all provided hope to the tens of thousands of people frightened and traumatized by conflict. This is how World Vision began — in September of 1950 World Vision was founded in order to provide funds to churches like those of Dr. Han Kyung Chik.

Today, more than 70 Christian leaders have come together and signed their names, once again encouraging Americans to pray for peace on the Korean Peninsula. Whether inspired by events in the past, the knowledge of the long-term harm conflict and war brings, or pure compassion, the voices of these leaders are important to raise the conversation — reminding Americans to remember that no matter where a person was born, they are our brothers and sisters in Christ.

As American Christians with diverse approaches to force and nonviolence and yet all committed to pursuing peaceful relations among people and nations, we unite in prayer for permanent peace on the Korean Peninsula. We do this mindful of the millions of lives, including more than 230,000 Americans, that would be threatened by an escalation of conflict there.

We are heartened by proposals for dialogue between our national leaders at a time when increasing tensions seemed to be marching our countries perilously in the direction of greater conflict, if not war. We call on all Christians everywhere to join us in praying for a just and peaceful resolution.

We pray for wisdom for our political, diplomatic and military leaders as they work across differences toward a goal of peace, security and freedom. We pray that God will bless the efforts of citizens who seek to bridge the vast differences between our countries.

Decades of people-to-people contact between North Korea and the United States- through business, educational and other humanitarian exchanges – have put a human face on those who are sometimes characterized by one another as enemies. So, we pray with empathy and in a spirit of friendship, noting the image of God in every human being.  However profound the differences between our governments, we do not view the North Korean people as our enemies.  On the contrary, we desire only the best for the people of North Korea.

Most of the nearly two million Korean-Americans are Christians, and many belong to evangelical churches.  This community too has contact with North Koreans through humanitarian and family ties.  South Korea is also home to many evangelical churches, including some of the world’s largest.  Many of these Korean brothers and sisters have been praying for North Korea for years and we humbly join them. These connections with Koreans in North Korea, South Korea and the United States strengthen our resolve to seek God for mercy and, so far as it depends on us, to pursue peace between our respective countries.

Dr. Ronnie Floyd, President of the National Day of Prayer

Aaron Daniel Taylor, Producer, We Know Not What We Do

Sealy Yates, Chairman, My Faith Votes and Founder of Yates and Yates

* Affiliations listed for identification purposes only