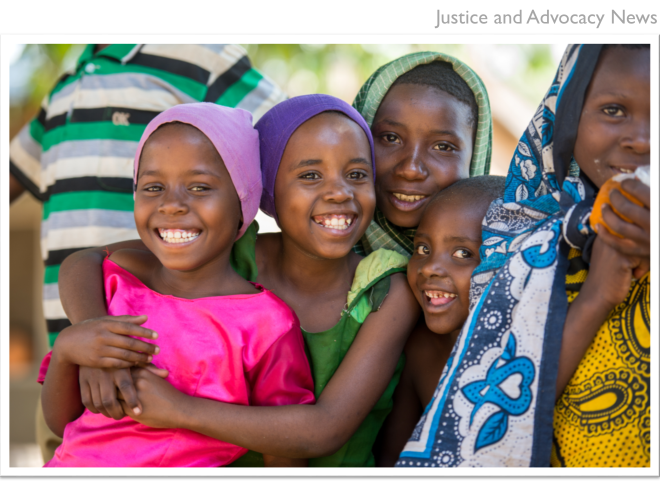 The Girls Count Act is going to the President’s desk!

We want to give a heartfelt thank you to all of our World Vision advocates. More than a year and a half ago the Girls Count Act was introduced in Congress. You stayed with us on this journey that was long, and sometimes discouraging. Last Congress this bill did not pass– but your voice and your faith did not waiver. You contacted Congress nearly 15,000 times with a clear message– no child should be invisible because every child matters.

One in three children– 230 million– under the age of 5 are with out a birth certificate; invisible to their governments and unable to fully participate in societies. Girls grow up to be the future breadwinners, caregivers, and peacemakers that will help the next generation thrive. This cannot happen if they are not included as members of society and able to fully participate. Now, because of the Girls Count Act, and as a result of your actions, foundational steps can now be taken for all children to positively integrate into their communities, building stronger economies and countries. Because of the Girls Count Act, fewer girls will marry early, and children will be less vulnerable to recruitment into armed forces, and human trafficking.

“Birth registration is foundational to protecting children from abuse, neglect, exploitation, and violence. A simple piece of paper, a birth certificate, helps ensure that children have access to education, immunizations, and other social services. If children are separated from their parents as a result of natural disaster or conflict, a birth certificate, helps reunite them with their family more quickly. The Girls Count Act directs the U.S. government to prioritize the protection of children by elevating birth registration in U.S. foreign policy and assistance.”

Of the bills that have been introduced this session, only four percent have had a vote. It is the voices of advocates, telling members of Congress that they care about this issue, that truly made a difference for the Girls Count Act.

From the World Vision Advocacy Team, thank you!