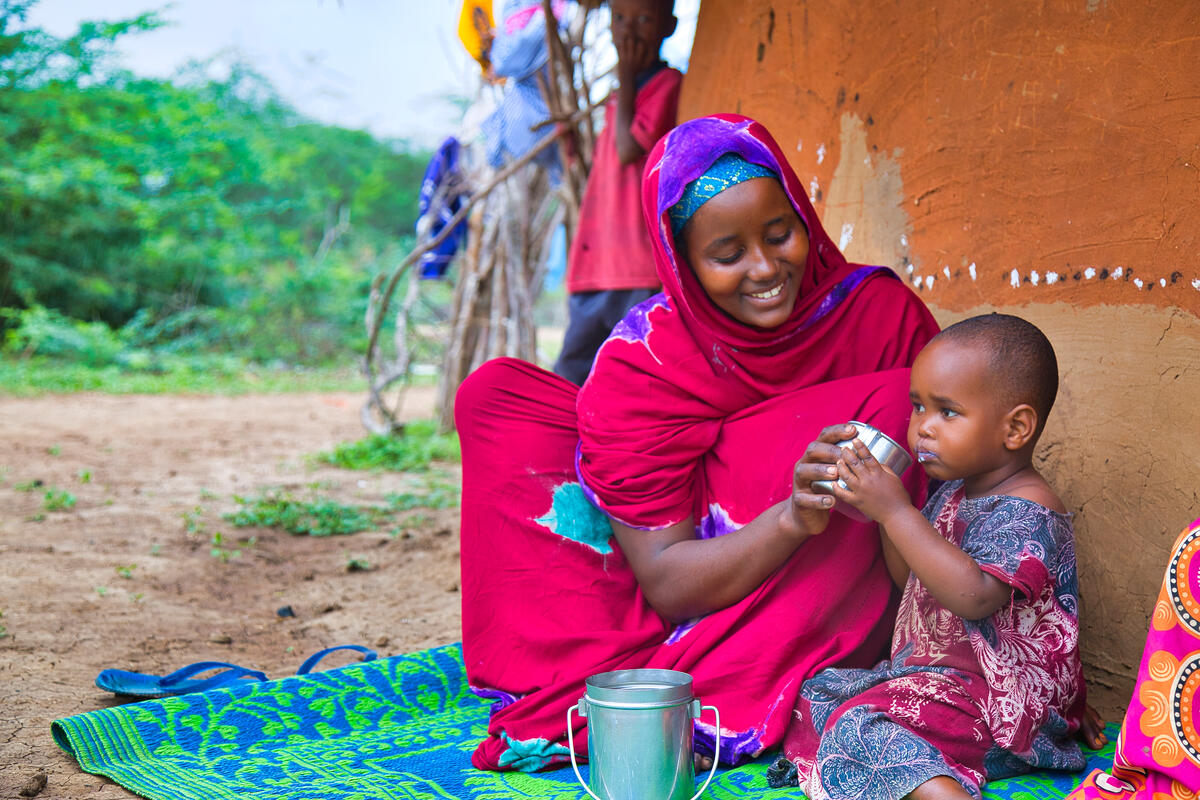 Update: On October 19, 2022, this bill was officially signed into law! A big thank you to our advocates for their work getting this across the finish line.

It’s been a great year for advocacy! In a time of deep need and extreme hunger affecting vulnerable children and their families, our advocates have responded. First, you advocated for emergency supplemental funding for refugees leaving their homes in Ukraine. Then, you helped the Senate pass the Hunger Resolution, which condemns the use of starvation as a weapon of war. Now – you raised your voice and legislation was passed that will leave a lasting impact on those suffering from extreme malnutrition:

The Global Malnutrition and Treatment Act (GMPTA) has passed both the House and the Senate and is headed to President Biden’s desk to be signed into law. Championed by World Vision’s Advocacy team for more than a year, the life-saving bill will provide critical nutrition support for vulnerable communities around the world.

Senator Chris Coons, member of the Senate Foreign Relations Committee and the bill’s sponsor, celebrated the strong bipartisan leadership that made this legislative victory possible.

“The Senate’s passage of the Global Malnutrition Prevention and Treatment Act demonstrates our bipartisan commitment to address malnutrition that leads to the suffering of millions of children across the globe,” Coons said. “As the world recovers from COVID-19 and deals with escalating military conflicts, this bill will help the U.S. lead by example to improve the health of children, mothers, and families around the world.

Advocating to pass legislation is a marathon, not a sprint. Our volunteer Advocates have run the race well for more than a year. Together, World Vision’s Advocacy Community emailed, called, and met with members of Congress about this legislation more than 7,500 times.

Margaret Schuler, World Vision U.S. Senior Vice President for International Programs, thanked Advocates for their dedication and reaffirmed World Vision’s commitment to speaking up about the issues that affect children.

“Advocacy is a critical element of our work at World Vision,” Schuler said. “Thank you to each World Vision Advocate who took action and made this victory possible. The Global Malnutrition and Treatment Act will strengthen World Vision’s capacity to partner with communities around the world and provide critical nutrition support to mothers and their children.”

Partnering with communities for life-saving nutrition

Strengthening health and nutrition systems, this timely bill comes as the world faces the worst hunger crisis in a generation. Right now, more than 870 million people in the world do not have enough to eat. Malnutrition as a child can be particularly dangerous and have long term effects on a child’s development, including stunting and wasting. Lack of appropriate nutrition stunts the growth and development of about one in four children in the world. Food insecurity is a leading cause of wasting in children, and malnutrition is the main underlying cause of 45% of all preventable deaths of children under five. Young children with wasting are also eleven times more likely to die from preventable diseases than well-nourished children.

At less than a year old, a young girl in South Sudan named Achok has been treated three times for extreme malnutrition. “My children have no clothes, shelter and cannot go to school,” shares her mother, Awel. “We are only surviving because of God’s mercy. I do not want to think of losing another baby due to hunger.”

Thankfully, there’s hope. Over the last 10 years, 89% of the severely malnourished children we treated made a full recovery. But more needs to be done to stop the global hunger crisis in the wake of the Ukraine crisis and its ripple effects on food supplies around the world.

GMPTA makes nutrition an even higher priority for the U.S. government through the U.S. Agency for International Development (USAID). Humanitarian organizations like World Vision will partner with USAID and local governments to create and implement five-year nutrition strategies that prevent and treat malnutrition.

Kasapo Chibwe, World Vision U.S.’s Policy Advisor for Global Health, said that the nutrition programs empowered by the GMPTA will use the best practices in nutrition that are proven to not only save lives, but also lead to lasting progress.

“This bill will impact the nutrition of tens of millions of women and young children,” Chibwe said. “Resources will be strategically invested in the communities that need them the most. Vulnerable communities will have access to high-impact nutrition programs, which include prenatal vitamins, support to breastfeeding mothers, and life-saving treatment for severely malnourished children.”

While we celebrate the lifesaving impact the GMPTA will have on communities around the world, let’s take advantage of the momentum and continue the fight against hunger and malnutrition.  Ask your members of Congress to support the Congressional Hunger Resolution that condemns the use of hunger as a weapon in war.

Top photo: Amina feeds her daughter Sahala at their home in Kenya. Training and funding from World Vision are equipping families to be both food and financially secure by setting up their own businesses. (©2021 World Vision/Martin Muluka)