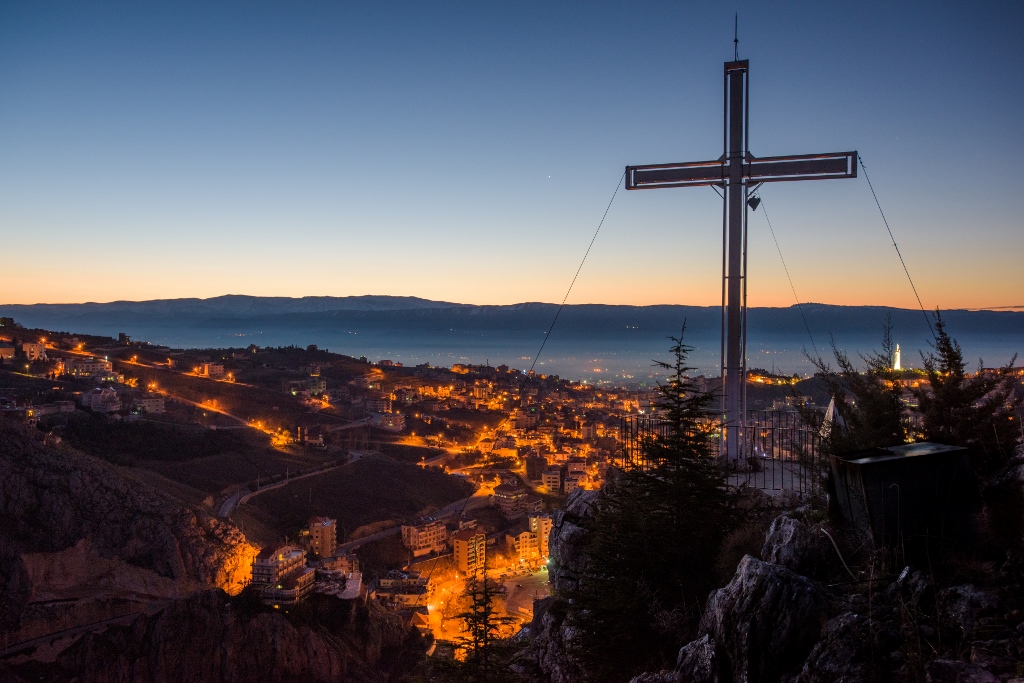 This is part 12 of our 12-part series, 12 Prayers of Christmas. Check back and join us as we pray together leading up to Christmas.

Suddenly a great company of the heavenly host appeared with the angel, praising God and saying, “Glory to God in the highest heaven, and on earth peace to those on whom his favor rests.” Luke 2:13-14 NIV

While it’s great that the world seems smaller because of things like affordable travel, social media, and the internet, these same things can emphasize the world’s overwhelming problems. Sometimes, it can be hard to scroll through the news and see the headlines of war, destruction, violence, and hate.  But today, on Christmas Eve, we can celebrate because even though we are living in a broken world, we know the truth. Christ has come.

While we pray for continued reconciliation, healing, and peace in our broken world, let us also celebrate the hope we have in Christ who brought hope and redemption. Praise be to God.

A Prayer for Peace:

Photo: A cross erected on a steep hillside above Zahlé city, Lebanon, in the Bekaa Valley, and the sun is rising over the Syrian hills to the east. The Lebanese population of the city is predominantly Christian. Many Syrian refugee Informal Tented Settlements dot the valley below. As the photograph is taken, a constant rumble of bombs can be heard in the distance. © 2016 World Vision/ photo by Jon Warren