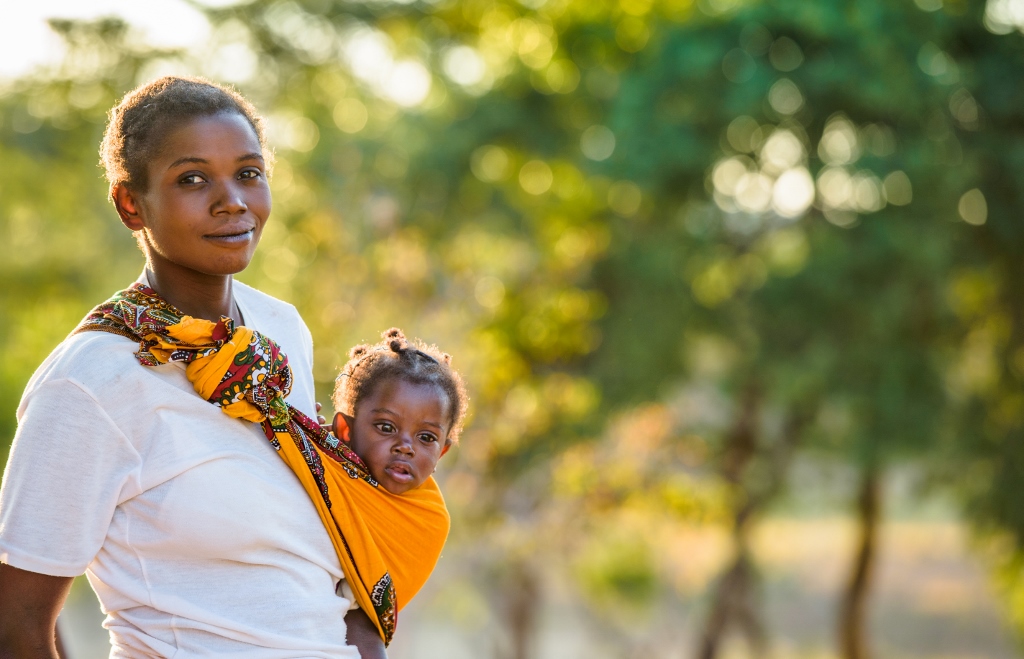 On Tuesday, October 2, following World Vision’s Day of Prayer, World Vision US partnered with Food for the Hungry, Catholic Relief Services, and Christian Connections for International Health to bring together a bipartisan group of members of Congress, government officials, and pastors, to pray for mothers and children around the globe. The event was opened by honorary co-hosts Senator John Boozman and Congresswoman Betty McCollum, sharing the honor with Senator Chris Smith who was unable to attend. The Congressional child survival prayer breakfast demonstrated a cross-cutting willingness to unite in prayer and take action for the most vulnerable at a time when D.C. is largely seen as divided.

I was honored to be in the room with members of Congress, staffers, pastors, advocates, and others willing to give their time before the work day officially began in order to acknowledge the necessity of, and power of, prayer. Prayers for mothers and children around the globe were lifted to God, but also prayers for those inside and outside the room to act, advocate, and do what is within their power as an individual. As I sat in the room – someone who can recite many statistics about maternal and child health, who understands the value of partnerships with the United States government, and who has heard directly from USAID beneficiaries in the field, it was a surprise when I learned something new.

I learned that Congress feels the tables are switched.

Senator John Boozman from Arkansas gave opening remarks. My eyes widened and I was taken aback by what I heard. “We really are fighting this battle and trying to get the resources that we need to help those who desperately need help. The problem is there’s no constituency for it.”

Each day I remind advocates who are passionate about fighting poverty that their voice is important. The usual narrative is that members of Congress need to be convinced that supporting foreign assistance is the right path to take. Now, I sat and listened to a member of Congress say that it is people in his district that need the convincing.

Senator Boozman continued, “I get a lot of letters about…maybe we’re doing too much. Although as you all know, percentage wise – we do a tremendous amount, and you can be very very proud of that, but most people feel like we spend about 25 percent on foreign aid. So – it’s a battle. So that fact that you are all here visiting with us, visiting with your Representatives, Senators, it really is a big deal and so helpful to us. We know it is a hassle to be here. Government has the want to to get things done, but they don’t have the heart. You all have the heart.”

I learned that Congress values advocates.

Congresswoman Betty McCollum continued with opening remarks. “The world is facing some really immense challenges right now. We would be hard-pressed to get the legislation through, that we have gotten through, alone. And I know, you know that there is so much work left to be done. The lack of access to basic necessities like food, drinking water, and sanitation have left nearly 800 million people chronically hungry or malnourished in the world’s poorest countries, and these are children. One hundred and fifty million children under the age of five are stunted. No parent should have to watch their children die because they don’t have access to nutritious food like we are enjoying here this morning. All of you, I want you to know, I will continue to be committed to fighting poverty and injustice. This is the time when the world needs American leadership. And these debates about foreign assistance with wrong numbers quite often are a challenge we need to overcome. Your advocacy not only here on the hill, but around your faith communities at home, help us do that. So once again I want to thank all of you for lending your voices to be strong advocates for all God’s children.”

I feel that when I tell an advocate ‘your voice matters’ I can now say it with more conviction than ever. It is not an overstatement to say that there are members of Congress who have a heart for the most vulnerable but hesitate to act for fear of making people in their district or state angry – you as an advocate can reassure and encourage them, as well as the people around you in your communities.

Everyone struggles to love those we have not met.

Congressman Trent Franks from Arizona began with a story. Many years back he was in the Philippines with Congressman Chris Smith of New Jersey. A call came over the radio that there were people in the water who needed help. The plane detoured and passengers on the plane were able to reach the people in need and move them to temporary safety with the use of a life raft. The plane was low on fuel and had to continue, but exuberance broke out when the call came over the radio that the two people were saved.

Congressman Franks explained, “We were so thankful, full of joy because two people had been saved. We all get so moved when someone so close to us becomes critically real to us, and we get desperate – this is a life, this is somebody’s mom or dad or child and this is important. Yet it is so hard for us to apply that same motivation to the masses. But I hope that is what we try to do.

Every time we go out and try to do something we say, ‘God help me to act as if these are my own children.’ To act as if what we are doing is helping someone real, because that is exactly what we are doing. I guess in some ways God gives us a bit of a defense mechanism so we don’t lose our minds, but still, we should really recognize that each one of these are real human beings, swimming, hoping someone will launch a little raft at them.”

The keynote address was provided by Wade Warren, the acting Deputy Administrator of USAID.  His remarks emphasized not only to the need to save mothers and children but also to the amazing things that are currently being done. This includes leveraging the power of faith-based organizations to save lives.

Doing so is the right thing to do, but it is also good for our souls. I was taught that we should show compassion for those who are poor. Those who are less fortunate than we are. This is both personal and professional.”

Deputy Administer Warren shared that while far too many mother and children still die every day, there have also been significant gains. Since 1990 annual child deaths dropped from 12.6 million to 5.9 million. That is half as many – even though more children are being born every year. Since 2008, with partnership, USAID has helped save the lives of 4.6 million children and 200,000 mothers. The magazine The Economist called this the ‘Best Story in Development.’

In his remarks, he emphasized the ‘profound impact’ faith communities had in making this story possible. Partnerships between USAID, the government U.S. foreign assistance agency whose focus is global development, and faith communities and faith-based organizations help ensure interventions are adapted to communities who receive them, help reach people in some of the world’s most tumultuous areas, and have been key in successful programs, such as the President’s Malaria Initiative.

In 2014, the United States made a commitment to taking steps in 25 priority countries in order to save 15 million children and 600,000 mothers by 2020. This progress has already saved 82 million women and children. The commitment, Acting on the Call, has goals, steps to track progress, and an annually published report to share data and forward movement. The Reach Every Mother and Child Act, if passed, will help carry this progress further by coordinating a U.S. strategy for saving mothers and children with trackable goals and targets to 2030.

And more than we realize, Congress relies on Prayer.

“Lord, you hear every word that we speak. Suffering and heartache of this world will fall away forever. Live in us to do those things that will most bless the people that are lost, lonely, left out. Children for so many of them we know help will never come. We are so grateful you see every one of them. We pray in the meantime that God you will help us and motivate us to be instruments of your deliverance to them and we pray God that each person in this room will sense your presence and that Lord we will be part of that presence in the practical help that they need.”

In closing reflection, Congressman Glenn Thompson from Pennsylvania shared his ‘crazy idea.’ “I have a crazy idea, I would like to beat poverty across all continents. If we approach it just from a human perspective, we lose. But if we approach it…All things are possible with God.”

‘There are a lot of words, this (Capitol Hill) is a place of words. Of all I have heard, none are more powerful than ‘Let us pray.’