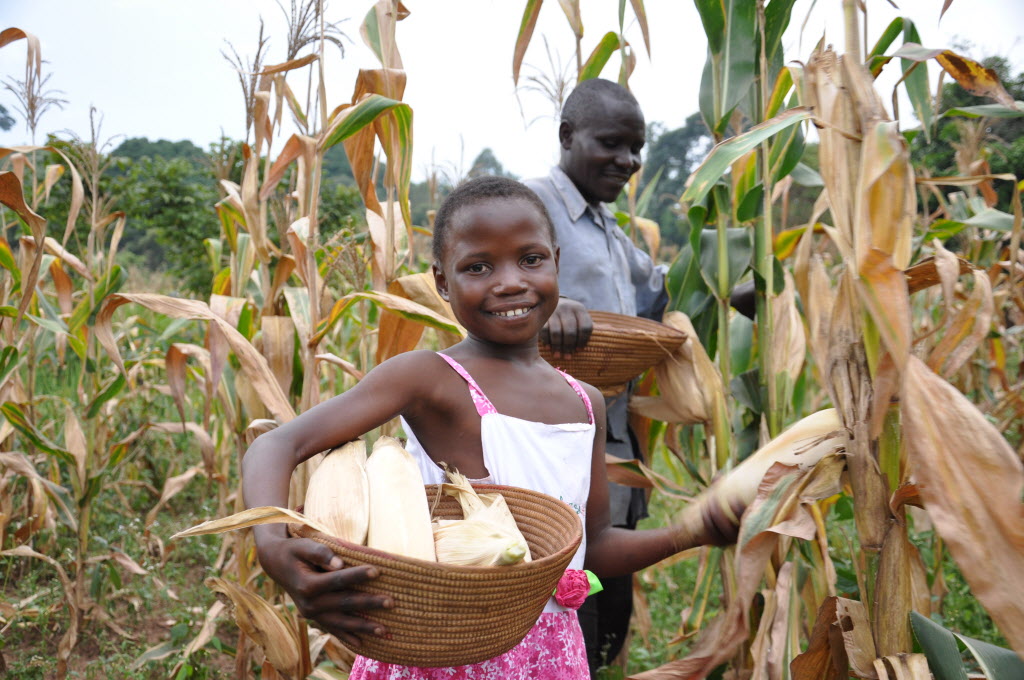 As you walk into a coffee shop and order a latte in the morning, or customize your lunch order, it may sometimes cross your mind that being able to choose food is a luxury. In many parts of the world, food itself is a luxury.

Around the world, one in nine people do not have enough food to eat and 45 percent of deaths of children under the age of 5 can be linked to poor nutrition. When this is the case, you do anything to save a child – emergency supplementation, food rations for the family. And to solve the problem long term – hunger has been halved over the past two decades – you help provide the community members with the tools they need to change the course of hunger and malnutrition.

In 2009, the United States government launched Feed the Future, an initiative to support agriculture development in Latin America and the Caribbean, Africa, and Asia – and by doing so, poverty and malnutrition has been reduced as well. Feed the Future helps to fight hunger by empowering women, implementing new science and technologies, and creating strong partnerships. You can read more here. Earlier this month, a progress report on Feed the Future was released. Here are just a few of the highlights.

When a child is stunted, it means that they are in the bottom percentile for height compared to other children their age – most likely due to not having the nutrients they need to grow and develop. Beyond physical appearance, stunting has lifelong, irreversible effects, including a delay or break in cognitive development and a drop in productivity as an adult.

When comparing indicators of poverty, including the number of small businesses, the amount of land used to grow food using improved technologies, and the dollar value of farm sales – numbers are significantly higher in regions where Feed the Future has been implemented. See the comparisons for Latin America and the Caribbean, Africa, and Asia.

Hadija Ramiya’s first child, Sam, was sickly and vulnerable to ailments since birth. Without access to diverse foods or information, Hadija relied on local wisdom to guide his early nutrition. After participating in a Feed the Future nutrition program, she’s gained tools and knowledge that have helped put both Sam and her second child, 3-year-old Tunda, on a healthier path.

How can you support Feed the Future? By supporting the Global Food Security Act [this action has expired].

The Global Food Security Act (S.1252/HR. 1567)  is a bipartisan effort to address chronic food insecurity and malnutrition. This legislation would further advance the recent gains made as part of the Feed the Future initiative, and the Global Food Security Act would authorize this whole of government approach to food security, ensuring this initiative remains a U.S. development priority far into the future.

Both the House and Senate bills call for a comprehensive U.S. food security strategy that will further reduce chronic hunger and malnutrition, all while promoting a country-led approach to development that leverages unique partnerships with non-governmental organizations, faith-based organizations, the private sector, and educational institutions.

Send an email to your members of Congress and ask them to cosponsor the Global Food Security Act.